Posted by Becca Knight on November 21, 2017
Find me on:
LinkedIn

Many diesel car owners have agonized over DPF concerns at some point, the extent of which depends on the vehicle, driving styles and typical journey types. Buses in particular suffer from the worst of type of journey more than most.

At one end of the scale, problems will most commonly manifest as a gradual deterioration of performance and fuel consumption, although these symptoms generally go unnoticed by the driver. Eventually, if passive regeneration fails, a warning light appears however in most cases an active regeneration cycle will kick in before the dreaded ‘limp mode’ activates.

Often this cycle repeats itself over the course of a few weeks, steadily undermining the overall DPF performance over time.

At the other end of the scale a visit to the garage for a forced static regeneration, a complete replacement DPF, or even to discover secondary damage has been a commonplace scenario for motorists in recent years and can be an expensive visit. 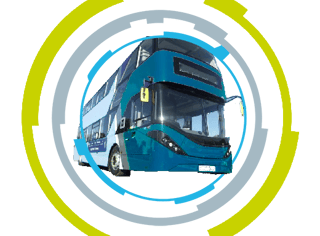 Short journeys characterised by lots of stop and go driving can spell disaster for any modern diesel vehicle equipped with a DPF.

Buses in particular suffer from the worst of this type of journey more than most as they operate in a world of constant stopping and frequently idle while stationary.

They are often simply unable to reach a high enough temperature to ‘naturally’ burn off the soot in a passive DPF regeneration. In that case, when does a bus get the time to activate a forced static regeneration at the roadside, let alone go for a long drive to induce an active regeneration?

Leaving a DPF even partially blocked on a bus day after day is going to have consequences for the engine and the DPF by impacting emissions and MPG.

It is widely recognised that the overall service life expectancy of a DPF reduces when it isn’t correctly maintained. One reason is due to the accumulation of ash, which is known to be a major contributor to the deterioration of a DPF’s internal substrate, especially when DPF regeneration can only be achieved via active and forced cycles.

Whilst DPF servicing comes at a cost, emptying a DPF of its soot and ash loading is definitely a worthwhile intervention even if it would incur some off road time. After all, temporarily out of service is preferable to permanently off road. Preventative maintenance is a risk mitigation exercise and will come at a cost to the business.

However, overall DPF related expenditure will be lower and more manageable by routinely cleaning them before it would be too late. 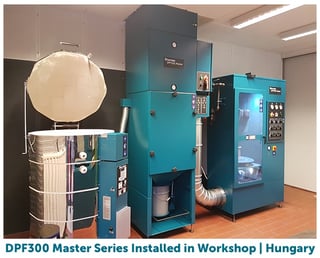 So what are the options available to bus fleets for their preventative DPF maintenance?

Do you avoid upfront investment typically in the form of signing up to a third party service and exchange program?

Or do you embrace the opportunity and invest in machinery to eliminate additional downtime and enable drive-in-drive-out DPF cleaning?

The latter option is not as outrageous costly as you might first think. This brings the advantage of on-demand cleaning for DPFs that have become troublesome on the vehicle, not to mention a potential revenue stream for local DPF cleaning. The capital investment option of course involves an initial financial outlay but returns on its investment speedily and offers far greater flexibility.

If a bus comes into the depot for work then ideal servicing needs to fit easily within the tightest of schedules.

By finding a complete DPF cleaning solution it allows for the cleaning process to be tailored to whatever that DPF requires in order to get that bus back in service as quickly as possible, as well as quick intervention for vehicles presenting those early signs of a problematic DPF.

One such solution is the DPF300 series from Hartridge. This is a powerful air-based machine that uses patented air-knives to blast from both the top and bottom of a DPF simultaneously.

It enables DPFs to be flow-tested before and after cleaning and to be thermally treated before using the air cleaner if a DPF is particularly compacted with soot, although only around one in six DPFs would require the thermal treatment.

With this machine set the entire process can take less than an hour from DPF removal through to re-fitting it to the vehicle.

The DPF300 Master Series provides the business with unique tools for additional fault identification of the DPF.

A DPF can suffer from numerous possible of faults each with a number of causes which can indicate other faults on the vehicle that would need attention. As well as the standard DPF soot and ash accumulation, there might also be signs of fuel and oil in a DPF and damaged internal cell structure that wouldn’t normally be visible.

This additional fault identification would step up any bus fleet maintenance from blanket application of just one method and hoping for the best to superior performance, saving money by not wasting time attempting to regenerate completely unserviceable DPFs.