We are witnessing the twilight years of diesel. The writing is on the wall and in the YouTube comments; it would seem that the death of diesel is imminent. On a near daily basis there is a fresh news article exposing rapidly changing perceptions and approaches regarding diesel but what exactly are these evolving perceptions towards the diesel vehicle? The final days of diesel are not as immediate as you might think.

Diesel’s prime began in the early 2000's following the wide application of the common rail fuel delivery system to passenger vehicles; seeing a peak in new vehicles in 2003.

People embraced the technology benefiting from improved MPG, engine performance, running costs, and a change in people’s driving behaviour was also evident, as seen in the rising distance people commuted between 2001 and 2011.

A 2014 DVLA report numbered diesel vehicle ownership at 10.1 million vehicles accounting for 34.5% of the passenger vehicle parc vs diesel cars accounting for just 7.4% of a smaller total number of vehicles in 1994.

The number of both petrol and diesel passenger vehicles is still rising in the EU.

From darling diesel to dirty diesel

So how did this up and coming people’s favourite become the dirty diesel people refer to it as today?

For a number of years there has been increasing impetus to do something about climate change and quite rightly too. The human impact on the environment is evident in our smog clogged capital cities around the world and in peer reviewed scientific journals documenting its possibly irreversible effects.

People have been becoming consistently more aware of who the likely culprits are. Then there was a certain emissions scandal. It would seem that diesel must be decidedly unacceptable if people would go to that extent to cover up the true emissions from these engines.

The subsequent change in people’s attitudes towards diesel ranges from anger, to indifference, to reluctance to give it up, to looking forward to seeing the back of it.

There is an evident buzz around the changes we will be facing regarding diesel and there are a number of important voices are emerging on this current hot topic.

Politically, the most recent announcement in the UK is that all petrol and diesel car and van sales will be banned from 2040 and thereafter all vehicles must be electric or hybrid. Not only is this proclamation already conjuring up a picture of a, surely, dystopian future without a beloved standard fuel vehicle, but it is posing many challenges to overcome in order to achieve the target.

It has also put a finite timeline in the not too distant future on the efforts that will be needed. Other countries are doing their part too, as earlier in the month France made the same mandate with the same timeline in response to the Paris Agreement.

Automotive manufacturers have been pre-empting these declarations and proactively deciding on a change in the direction of their businesses.

Manufacturers such as BMW Group are not only going to increase their electric and hybrid ranges but introduce hybrid technology to models that haven’t been involved before such as new hybrid MINIs. Volvo is committed to building only electric and hybrid cars in their entire model range from as soon as 2019.

Technologically speaking, this is a very exciting time as investment in scientific and engineering development is the next step. Improving battery charging, range, and making a powerful battery safe for passengers on board and vehicle workshops alike is going to be required.

These technological evolutions mean infrastructure such as charging point method and availability can follow suit and ensure the electric & hybrid cars can step up to the challenge of day to day life. 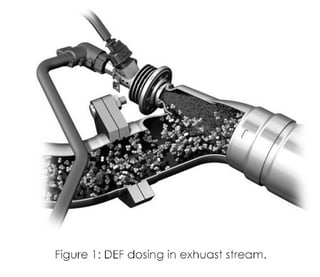 While some are lauding these advances, some are stating that these measures aren’t enough, and some are still championing diesel.

The changes required for an eventually diesel free future are set in motion; however it can still not happen overnight.

In the meantime, we can still make sure that diesel fuel technology is dealt with responsibly.

Jaguar Land Rover head Ralf Speth defended diesel in the face of it’s character assassination in the media, stating that “The latest diesel technology is really such a step in emissions, performance, particulates; it’s better for the environment when compared to [an equivalent] petrol. Diesel has to – needs to – have a future.”

Modern diesel engines are leaps and bounds ahead of their particulate spitting, smoke chugging predecessors when it comes to emissions and efficiency. Progress with engine and fuel delivery technology is still required in the coming years while these vehicles will still be on our roads.

It is likely that emissions standards set for diesel vehicles could lower further before the end of their days; therefore correct maintenance of these vehicles will also be paramount to ensure they are as economically friendly as possible.

The maintenance of these filter systems is critical to these diesel engines being as sympathetic to the environment they can be. There will be a time when diesel vehicles will be rare but there are many in-roads into diesel system cleaning to be made.