Home › diesel injector › What does Euro 6 mean and why should I care?

What does Euro 6 mean and why should I care?

If you’ve heard any of the latest automotive industry buzzwords you’ll know there’s one hot topic today. If it’s not the phrase ‘emission scandal’ then it’ll be ‘emissions regulations’. With so much media & public attention on a vehicle’s emissions standards, this issue needs to be understood by any diesel garage or workshop worth their salt. In order to offer the best services for customers and to thrive in this changing diesel landscape, then it is important to understand what is meant by ‘Euro 6’ and why it matters to all workshops even if they aren’t in the EU.

Let’s start with the basics

‘Euro 6’ is the name given to a single stage of a long term, multi-step plan to reduce emissions across the EU. This plan started in 1992 with Euro 1, naturally, and began to make small changes.

The different steps have included more vehicles or decreased the emissions in each subsequent stage. Not only is Euro 6 the current stage but it is the last stage, although many expect Euro 7 legislation & onwards will be confirmed. Now that this last phase has been fully implemented since 2016 all eligible vehicles from motorbikes up to heavy duty engines have regulations specific to them. 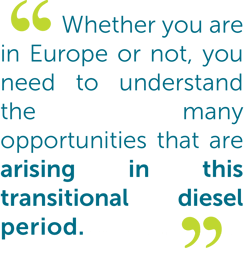 While this legislation may be seen as ‘just Europe’ it doesn’t mean that other countries aren’t affected by activity within Europe. Other countries outside of Europe may not be on Euro 6 standards however they have some form of similar emissions regulations or restrictions in their countries and may be at the Euro 2, 3, or 4 stages.

For example, in the early 2000s Australia began aligning its certification for new motor vehicle emissions with the Euro 3 category. Countries like the US and Japan have their own which take the successes from the Euro Emissions program and combine them with their own successful approaches.

3 Factors connected to the success of Low Emissions

Remarkably, these laws aren’t acting alone in their mission to lower emissions. 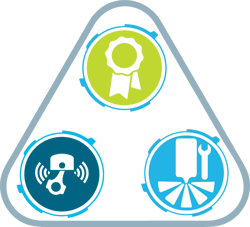 There are three factors supporting the success of Euro 6. This does include effective laws, but also essential to its success has been the development of better engine & combustion technology as well as better fuel.

The fuel has had to change over the years to contain considerably less sulphur. The sulphur content of gasoline and diesel fuels in Europe has therefore been regulated to meet very rigorous fuel-quality standards.

It has been noted in an International Council on Clean Transport (ICCT) paper from 2016 that “Without these fuel-quality improvements, the increasing stringency of the limits in European standards would not have been possible”.

This triad reveals a need that the market in any country will have as emissions are tracked, regulated, and restricted. That fuel technology and engine components are essential in their own right to the success of any low emissions efforts.

There is a lot of opportunity for any workshop to offer a range of testing & repair services for diesel fuel injectors to ensure they are providing the required fuel supply for optimum efficiency.

The role of any diesel workshop 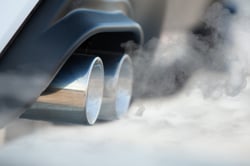 This final Euro 6 stage provides a clear path of future servicing needs for the diesel aftermarket. As vehicles need to maintain their fuel systems to stay efficient they will come to workshops for their fuel injection needs.

An interesting aspect to the Euro emissions standard instruction is that the vehicle manufacturer must average CO2 emissions 130g/km across their whole range. In their efforts to meet this target manufacturers will add more vehicles needing efficient maintenance to their ranges. Euro 6 is here to stay in.

Other countries either have their own laws on emissions or have a previous euro stage in effect; so, whether you are in Europe or not, you need to understand the many opportunities that are arising in this transitional diesel period.